I am Amanda, A.K.A Mystic Witch.

I came into my practice in about 2017. That is when I had my spiritual awaken which felt more like a mental breakdown.

How? did I have that awakening you may ask.

One night I fell asleep beside my husband with the TV on which was normal.

All of a sudden I was standing beside myself sleeping.

Then I saw a spirit standing just a few feet from me and I started yelling telling it to leave and all it did was laugh at me.

When I woke up in the morning, I practically ran out the door and when I went to call my best friend to tell him what happen, my throat was soar like I had been yelling.

He then explained the whole thing to me and told me his wife was also a witch but kept it quiet. I mean I watched the craft and wanted to be a witch since I was a kid but do adults really do this???

I ended up doing a reiki session with his wife who informed me that my upper chakras were very open but my lower ones were blocked which allowed me to subconsciously astral project.

After my awakening, I read some books on witchcraft because I was so hooked on the word “Witch”. I had so many questions, who are witches? What do they look like? What do they do?

I read everything I could get my hands my absolute favorite witch that I would love to meet is Ellen Dugan, if you get a chance grab a few of her books she doesn’t disappoint.

Coaches can help during spiritual awakening’s.

Anyways I read until I hit a wall and was like “girl you need to stop reading and just do”. So, my bestie and his witch wife said “hey we are going to a psychic fair do you want to come?” I was like “yeah”. The day came and I went to the fair I kept hearing a voice “you need a sensei” a Mr. Miyagi if you will. So, I was on the lookout. Then I saw her, Ms. Angela Olah, I new she was the one I needed to be sitting with so I signed my name to have a reading with her that day.

When my name was called the first thing I said was “my Sensei” she looked at me like I had 10 heads and gave me a look like “yeah ok lady”.

I ended up calling her and we scheduled a coaching class to help me enhance my skills from this experience as well as my past lives.

I have to say that this was a turning point in my life when I realized who I was and what I was. It felt as though everything else fell into place I was happier, things felt clearer, hurt didn’t sting as bad, I felt I had a purpose.

From this I learned the importance of a coach, they have been in it and understand all that you are feeling and going through. They challege you while allowing you to flow through the awakening. 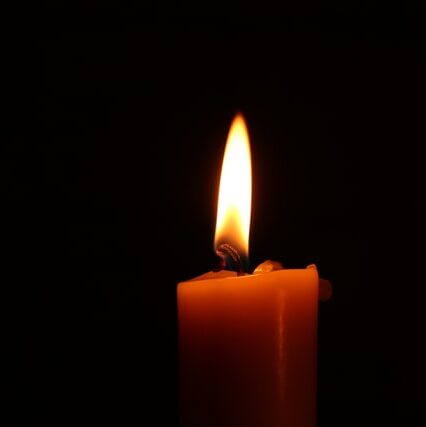 As Witches we are always stocked with candles of all shapes, sizes, and colorsthat we use in our practice. But have you ever wondered why…

Manifesting and harvesting are very easy and simple ways to stay in your practice whatever that maybe. Manifesting is the art of attracting what you…