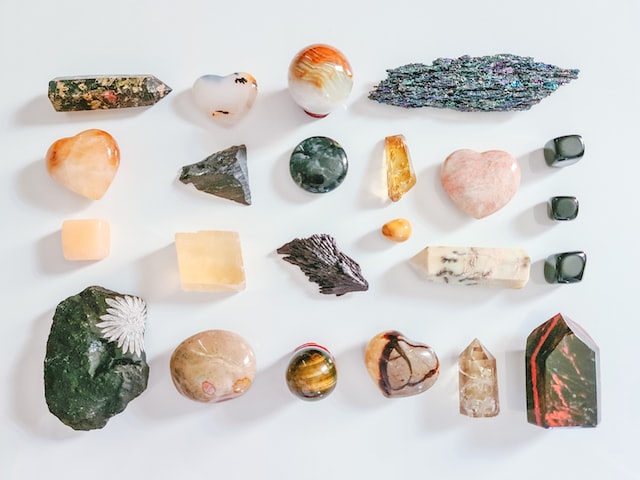 Knowing the properties of different shapes of crystals, such as geodes and points, and being aware of the potential of particular facet shapes, helps you to harness the unique power of crystals, especially the myriad forms of Quartz. Certain forms are natural, while others have been cut to shape. Some of these artificial shapes mimic those found naturally – many large clear or smoky quartz crystals are cut into tall pillar crystals for use as decorative items or healing tools for example, and special quartz facets that occur very rarely in their natural states can be recreated so that they are more widely available.

Crystals rarely occur as perfect balls (spheres) but are created that why for specific uses such as scrying. Balls/spheres however also emit energy equally in all directions into the environment.

Quartz based crystals in particular have naturally occurring facets at their tips. There are usually six facets, which equate to the six chakras from the base to the third eye, with the termination point representing the crown chakra and its link with the infinite.

How a crystal grows is significant in esoteric crystal lore. Quartz crystals that are cloudy at the base and become clearer as they reach the tip represent the potential for spiritual growth. A crystal pillar or large point with flaws or occlusions can point to a traumatic or wounding period in life. The trauma has to be cleared in order for consciousness to evolve. Quartz crystals that are totally clear are symbols of alignment with cosmic harmony. Keeping one of these crystals with you aligns your energies to the spiritual realm.

While specific facet shapes are most obvious on large crystals, even the smallest quartz point may have a “window” formed out of the facets. A left-facing parallelogram window shape will take you back into the past. Facing the opposite way, the same shape will take you forward to the future. A differently contoured window will help you to channel or to transmit healing energy over long distances. There are record-keeper crystals that hold the wisdom of the ages engraved on their sides. Meditating with these venerable stones accesses universal knowledge. A soulmate crystal, on the other hand, attracts and holds on to true love.

If your crystal has rainbows in it, it is a sign of joy and happiness. Rainbows are caused by thing fractures within the stone. A rainbow crystal can be used to alleviate depression. Enhydros are crystals that contain bubbles of liquid that is millions of years old. They are a symbol of the collective unconscious that underlies and unites everything.

Each crystal shape has a specific use in healing. Wands sharply focus energy and may stimulate points on the body or draw off negativity. Crystals with terminations at both ends help to break old patterns, and can integrate spirit and matter. A crystal egg detects and corrects energy imbalances. A single point focuses energy into a beam, a square consolidates it and a sphere emits energy in all directions. 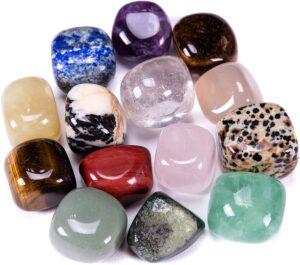 Anxiety is unfortunately extremely prevalent in the current day and age. Most people will experience it at some point in their life. It may make… 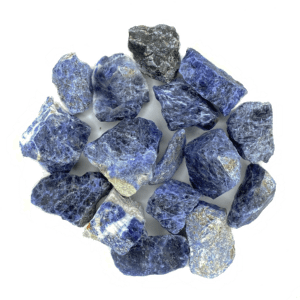 Sodalite unites logic with intuition and opens spiritual perception, bringing information from the higher mind down to the physical level. 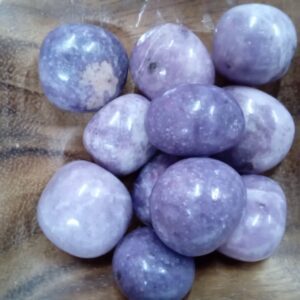 Lepidolite dissipates negativity and induces calm. It is an excellent crystal for clearing electromagnetic pollution and should be placed on computer or gridded around the… 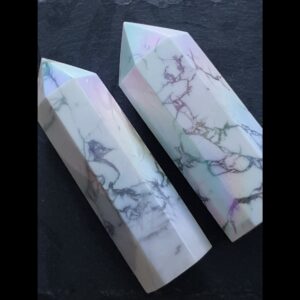 Howlite is an extremely calming stone. Placed under a pillow, it is an excellent antidote to insomnia, especially when this is caused by an overactive… 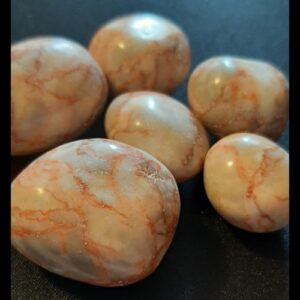 Red Line Jasper is a form of brecciated jasper and chalcedony stone with swirling red veins of hematite and iron.

Amethyst is an extremely powerful and protective stone with a high spiritual vibration. It guards against psychic attack, transmuting the energy into love.