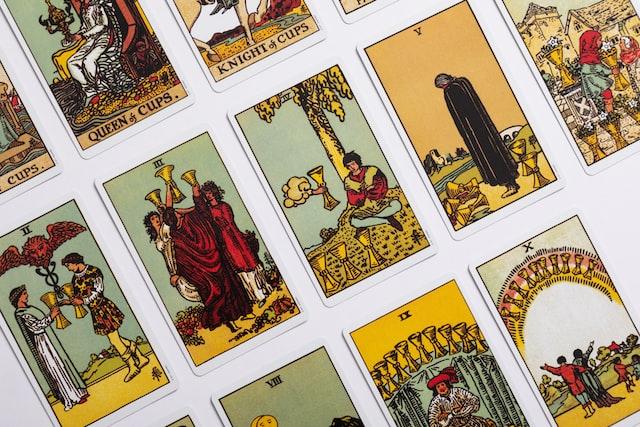 The Major Arcana are the power cards of the Tarot. If you only used these 22 cards you could create powerful readings for yourself and others. It serves as the guide through life with sage advice for any generation.

The purpose of the Major Arcana is to show you the journey through the different stages of your life (Youth, Middle Age, Old Age / Maiden, Mother, Crone). You can delve into these phases by splitting the cards into 3 rows of 7.

The Fool contains the number 0 and isn’t included into this layout. Zero is not really a number at all, but more of a representation the absence of any specific number and/or can be considered as containing all the number within itself. It symbolizes infinite potentiality. All things are possible, no form is defined. The Fool is also neither male nor female but the representation of both. The Fool and The World are the only cards that are hermaphrodites.

The 3 Areas of Experience

When you split the Major Arcana into 3 groupings the 1st card of each line is the power card of that phase and the vertical correspondence’s apply all the way thru the 3 lines.

The groupings represent the 3 areas of experience:

The first row of the Major Arcana takes us through the process of maturity – from child’s view of Mother (all loving) and Father (all powerful), through education, and finaly to independence.

It depicts the creation of human society, out of both the archetypes of existence and chaotic energy of nature, When we move from the two principles (Magician/High Priestess) to The Empress we see the opposites mingle together in nature to produce the reality of the physical universe.

The middle 3 cards show us the triad of nature/society/church; mother/father/education. The Empress represents nature and Emperor/Hierophant represent human construct.

The last 2 cards represent the problems of the individual such as love/sorrow or surrender/will.

Only when we reach a full understanding of the outer life of humanity can we hope to reach inwards for a deeper reality.

Here we move from the outer world and its challenges to the inner self and understand that the mask of the ego must die.

It represents the middle-age phase of life that includes self-questioning, searching and the desire for life to have meaning.

The cards in the 2nd line mirror the cards in the first line: 1 & 2 become turned around in Strength and Hermit; Wheel of Fortune turns away from the natural and mindless world of the Empress to a vision of inner mysteries; the Chariot’s force has been replaced by balance and calm, the Charioteer removed from direct contact with the earth; the angel in Temperance stand with one foot on land and one in water.

So far the cards have presented a series of lessons but enlightenment is a deeply personal experience that cannot be studied or even pondered but only lived, the series of our lessons culminate in the Wheel of Fortune which shows a vision of the world and ourselves; the Hanged Man shows not a lesson but an image of enlightenment itself; the outer personality turned upside down by a very real personal experience.

In Justice we see the balancing of scales between inner/outer, past/future, rationality/intuition, knowledge/experience.

The 3rd row of the Major Arcana is the Goal of Enlightenment.

Many people feel fulfilled after they’ve destroyed the mask of ego and able to return to the real world. Some seek a complete union with the spiritual foundations of reality. They wish to know this force in full consciousness and their enlightenment, teachings, For example, they want to enrich the lives around them – for them the 2nd line was preparation and clearing of obstacles.

In its truest, life is simply pure, undifferentiated energy where everything living exists at once – no forms, no part, no pieces of eternity. Consciousness protects from such an overwhelming experience.

The middle 3 cards show the passage from inner revelation (star) back to consciousness (Sun), the strangeness of the moon in the middle

Our society doesn’t teach about the super consciousness or universal forces and so the last line may seem uncomfortable or untouchable but working with these cards bring us the knowledge neglected in traditional spirituality.

By isolating elements into archetypes it enables us to see them in pure form. It creates the key points that are important in the development of “The Story” that creates the answer to the question being asked of the Tarot.

Read the Trumps as a Group

Read as a progression, each trump builds upon the previous & leads to the next if we were to read them from The Fool to The World.

In a reading, we note the individual symbology/meaning as it pertains to the next card in the draw or spread. We then can identify the answers, people or situations that are relevant to the overall answer being sought. 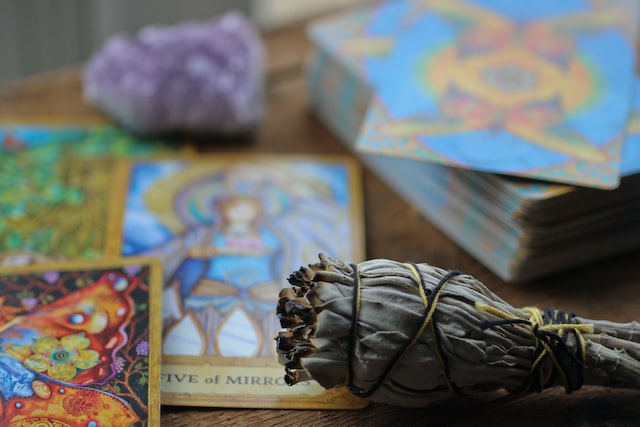 Tarot cards come in all sizes, with all types of artwork on both the front and back. The meanings and the message of each one of those seventy-eight cards, however, usually remain the same. 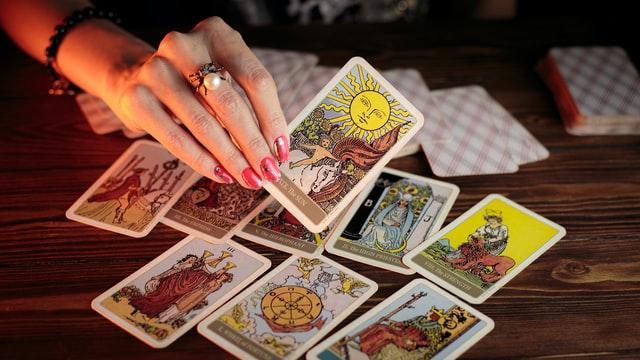 An overview of learning to read the tarot, a brief overview of your new deck and how to create the story that the cards are creating.

There are so many different types of tarot card spreads, it can be confusing to understand which one to use and to learn. 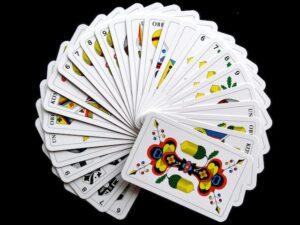 One of the ideas that prevents people from receiving a tarot reading is the concern that their reading will be wrong. This is a valid…